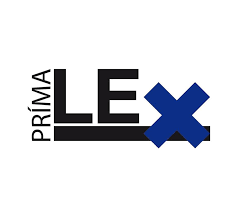 PrímaLEX is a student law magazine, created under the auspices of the European Law Students Association of Law Prague – ELSA Prague. It has a history from 1998, when the first editors began their writing activities. Today the magazine is published by ELSA Czech Republic and is published once a year. From this year, the journal should be published twice per academic year. Today, the editorial board consists of students from all four faculties of law, composed of members and non-members of ELSA who contribute to the journal with their opinions, expert commentaries (very often with the cooperation of experts from individual faculties), provide up-to-date interviews or just inform about the events. PrímaLEX acts as an information medium for law students and young lawyers who like to write and can thus express themselves.

The first issue of PrímaLEX was published in several hundred copies at the Faculty of Law in Prague in March 1999. Since 2008, PrímaLEX has been published at all four faculties of law in the Czech Republic and is becoming increasingly popular. PrímaLEX is not absent at any ELSA event organized by the association, it is accessible for members and non-members – at lectures, membership meetings, seminars, etc. The number of prints per issue has already grown to the current 3000 pieces and is always quickly distributed among the students.

Several copies are always distributed to prominent law firms as well as to several publishers of professional legal literature. As PrímaLEX is registered by the Ministry of Culture, at least one required copy of each issue can be found in all regional libraries. If you feel like working on a magazine and you would like to engage in meaningful student activity and learn many new things, feel free to contact the editor-in-chief at primalex@cz.elsa.org. In addition to having a chance to tap into a variety of topics from a different aspect, you will also meet new people and have a lot of fun.

ELSA Career
STEP
We use cookies to ensure you get the best experience on our website. If you continue to browse our site, we assume that you consent to the use of cookies.Agree